Jeb originally hails from Missouri and has lived in Texas, New York and London. He has  a  fascinating,  Zelig-like  story,  all  of  which  feeds  into  his  authentic,  experience-infused  music.

He  caught  an  original  Sex  Pistols  show  in Texas,  danced  to  Larry Levan at the Paradise Garage and witnessed Bambaataa rock Bronx blocks. He  worked  in  New  York’ s  Record  City,  selling  obscure  James  Brown  singles  to Prince  Paul,  and  Fela  Kuti  vinyl  to  Brian  Eno  and  David  Byrne  -  just  before  they recorded ‘ Remain In Light’ .  In London he shared a house with Ari Up from The Slits and  Neneh  Cherry,  and  forged  a  bond  with  Adrian  Sherwood  amidst  the  earth shaking ridims of Jah Shaka's sound system.

This  joining-of-the-dots  between  genres  seemingly  unrelated  to  the  casual  novice has  won  Jeb  high  regard  from clued  up  heads,  but  has  also  contributed  to  his occupying  a  nebulous  space  within  pigeonhole  happy  popular  music.  He  has steadfastly   ploughed   his   own   furrow,   navigating   a   route   around   mainstream recognition, at times over rocky terrain.  You  may  have  heard  Jeb’ s  music  on  the  Oscar  nominated  soundtrack  to  Gus  Van Sant’ s ‘ Good  Will  Hunting’ .

Back  then,  in  the  Nineties,  he  was  signed  to  CapitolRecords  by  Gary  Gersch  -  the  man  who  signed  Nirvana  and Guns  N  Roses. Somewhat notoriously  he shunned a life on the road (the approach that was viewed by Capitol as the sole path to success in America) and was subsequently dropped.

Following  choice  prior  achievements  like  a  Rough  Trade Album  Of  The  Month  for Jeb  Loy  Nichols  Special , live  work  with  Lucinda  Williams  and  Lambchop,  plus  his acclaimed Country  Got  Soul compilations,  the  release  earlier  this  year  of  his  mini album Ya Smell Me (alongside the reissue of reggae gem ‘Long Time Traveller’  via On-U Sound) saw Jeb gain widespread acclaim.

Despite a long, sporadic gestation period during which at times Jeb has pursued other interests like writing and art, The Country Hustle marks the next phase as his most focussed, ramped-up and viable shot at recognition to date. 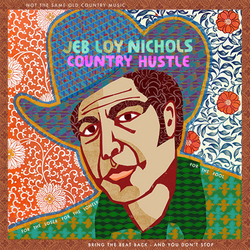 Jeb Loy Nichols
Update Required!
To play the media you will need to update your browser to a recent version or install flash.
Releases 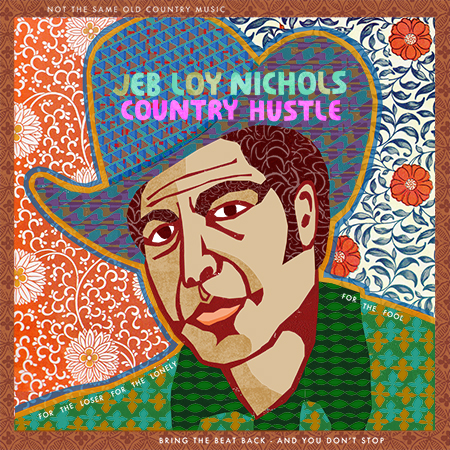 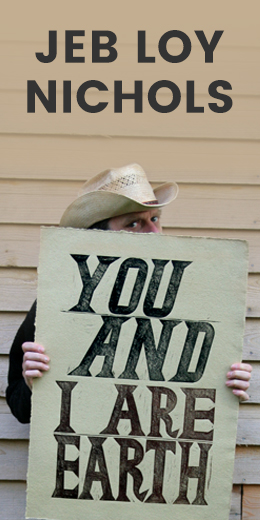